Last night, I mentioned that, I was still searching for a suitable side to go with my Kumara curry and salmon hash browns…after five years, can you believe it? I’ve been getting by with rocket salads but I kinda hate rocket…if I’m absolutely honest about it…

So, on Wednesday afternoon, I sat down with a lot of coffee and considered the problem. What textures and flavours would complement but not compete with the textures and flavours of the hash browns and salmon. There is just a hint of curry in the hashes, mixed with the salt of the salmon and smooth cheesiness of the sour cream that holds the stack together. Overall it’s quite sweet and smooth.

It all came together quickly after I thought of an avocado base….smooth and sweet…with pineapple, sweet with a fibrous texture…with diced tomato…more tart and something else to bite into. Originally I was going to warm this mix in the microwave – it is winter after all – but opted for a natural heat from a sauce derived from the fried avocado tacos at The Guardian by blending all these together:

a smidgen of salt and pepper

The black rice was an afterthought left over from the previous night’s beets, feta and rice…I wasn’t really sure what to do with it otherwise but it worked well in our salad.

The first night I only used a teaspoon-sized dollop of the sauce on the salad – wasn’t enough to appreciate all the flavours. I had one hash stack left over plus about a cup and a half of the salad and other stuff in the fridge from a  week of cooking that I needed to consume to free up fridge space.

So this is Take Two: one curry kumara salmon stack reheated in the microwave (it was already cooked: normally, I would keep the hash mix uncooked), with a goodly amount of greek yogurt on top, with the salad accompanied by a decent-sized dollop of the coriander and chili sauce, topped with feta from the beets and rice dinner…

Mmmm…primo!!!! A great blend of flavours and textures, with bonus points for good use of left-overs…less points for unused salmon which I just remembered is still sitting in the fridge…

…so tomorrow’s challenge may involve smoked salmon, streaky bacon, feta, sour cream, greek yoghurt, a tomato and an avocado. The rest of the pineapple – all fresh here no canned stuff – is destined for smoothies with banana, chia seed, coconut milk and tumeric… 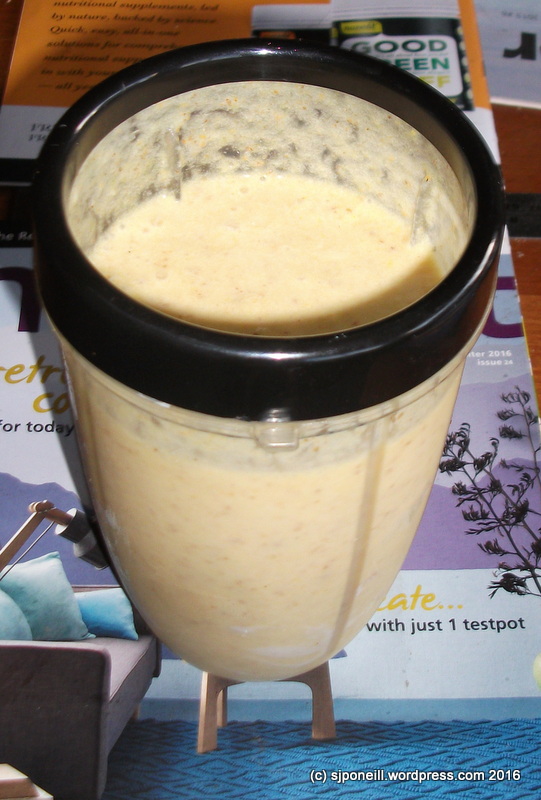 A  month or so ago, we had a series of minor domestic disasters that led to a flood under the kitchen wall into the back pantry. During the resulting rapid relocation of the pantry’s contents, I uncovered a dehydrator. I always sorta kinda knew it was there but had never been that inspired to pull it out and give it a whirl.

Post-disaster, since it was already sitting out there on the pool table, I removed the labels – it had never been used – and downloaded the manual. My first victim was a pumpkin that was at risk of passing its best-by date. Three -quarters of it, peeled and diced into 1cm chunks, nicely filled the dehydrators five trays.

I found that the recommended drying time was out by a factor of two i.e. I had to dry the pumpkin chunks twice as long as recommended in the manual. It doesn’t draw much power but is fairly noisy so it’ll be relocated into the newly-dried pantry for future dehydrating missions. 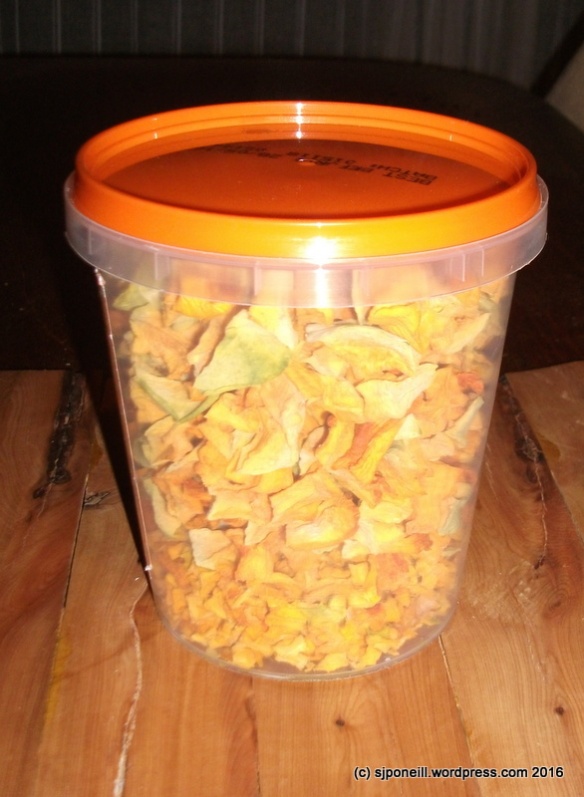 Three-quarters of a largish pumpkin shrank down to about three cups of pumpkin chips.

Initially this was just a bit of an experiment and a useful fate for a pumpkin that was overstaying its welcome in the fridge. I wasn’t actually too sure what I was going to do with the end product. Then I saw this recipe in the Sunbeam manual…

It tastes great but is very heavy: a 1cm slice is a good light meal for me. I just drop it in the toaster til it’s nicely toasted and spread a thin layer of butter over the top. Tonight though, I used a very thin layer, maybe 1/2 a teaspoon, of chilli oil instead of butter…yeah, baby!! That rocked!!

In Seeing corn in a new light, I speculated whether heat  was the catalyst for the chilli effect in this oil.. After tonight’s experiment, I can confirm that this chilli oil is definitely self-initiating…

The pumpkin rehydrates nicely which is good. it is probably also too much pumpkin for a single loaf.I think it couple safely reduced by half especially if the chunks can be run through the grain mill (on a very coarse setting) into smaller bits.

The suggestion of a single chilli is ridiculous: this small amount is completely overwhelmed by the pumpkin and corn. 3-4 long chillies would be more effective.

Two cans of cream corm is overkill. I think that one can plus a cup of either coarse corn meal or drained corn kernels (or a half and half mix of both) might make this loaf less heavy (or more light).

The pumpkin and corn also beat up on the cheddar cheese. This might be better – in a smaller quantity – as topping added just before the loaf is removed from the oven i.e. just melted over the top… 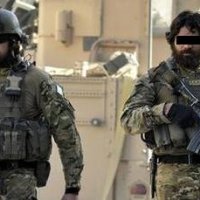