Latest update in from the lads at Hawkeye UAV…homegrown Kiwi technology in action!!

Early in the New Year we travelled to the South Island to undertake a large task in the Waitaki river valley. The task consisted of the hi res survey of multiple wetlands and other sites earmarked for conservation along a 30km section of the valley in the vicinity of Kurow, North Otago. Having driven down from Christchurch we approached Kurow from the North and it was immediately apparent that the Waitaki river was in flood. A quick drive around the area, checking out both the Waitaki and Aviemore Dams confirmed that there was plenty of flow coming down.

After booking ourselves into the mighty Waitaki Hotel we settled into our stay and got on with the planning. With myself and David this time was Drew Gwyer, of Hawkeye UAV Americas, a very experienced aviator doing his “apprenticeship” on the AreoHawk. It was his second day in New Zealand too, so the rapid change from Maine, to Auckland, to Palmerston North and then ultimately Kurow was probably pretty eye opening! We did manage to treat him to some nice weather down there which was undoubtedly a good contrast to the snowstorms at home.

On the morning of the second day, complete with our bountiful packed lunches prepared by the tavern staff, we headed out early to begin flight ops. We had in the region of 12 tasks to conduct over the coming days, some of quite significant size (7-8km²). We managed a full day of flying with three full sorties and a good start to our overall programme of work.

We received reassuring confirmation that our published NOTAM (Notice To Airmen) had been observed by the local helicopter operators too, who checked in with us and maintained safe clearance via radio communications during their operations alongside us in the valley.

The next day started out well but unfortunately was soon blowing 50-70km/h of wind and while we did launch and test the conditions, it was plain that it wasn’t ideal for accurate data capture.

Once we had resumed flying ops we began making good progress along the valley and through our tasks. We operated from a variety of sites, most of them adjacent to the river or on farmland nearby, having been up and down on the first day and arranged access with the property owners.

During the 6 days down in the Waitaki we lost a couple of days to weather, both from wind and rain and that did give us a chance to visit Oamaru and Moeraki and also to further Drew’s exposure to the great kiwi flat white. We did finish the job successfully despite the weather hiccups and bade farewell to the Waitaki Hotel and its friendly staff, heading back north to Christchurch for our return home with a hard drive full of raw imagery for processing.

Later in January Hawkeye UAV travelled to the USA to put on a series of demonstration flights in conjunction with Hawkeye UAV Americas (HUA), at Reno-Stead airfield in Nevada. This was in part sponsored by the good folks from the Reno-Tahoe Airport Authority who have a state sponsored initiative to promote the growth of the UAV industry at Reno-Stead, which is also home to the Reno Air Races. To say they were warmly accommodating doesn’t really do them service, they were fantastic. On the threshold of the lesser used cross vector runway at Reno-Stead they had set up a luxurious tent complete with gas heating, coffee and catering to keep us all in great style. What we also had but hadn’t bargained for was a lot of snow on the ground! Being mid-Winter Nevada did not disappoint, providing mind-focussing temperatures a couple of degrees above freezing. I must also add that being accommodated at a Casino-Hotel was a bit of an experience for us kiwis who can count the total number of real casinos at home on just one hand.

The plan for the week here was to demonstrate the setup, flight and capability of the AreoHawk system to a steady stream of VIP guests from a range of interested industries, culminating with a media day on the final day. With the help of HUA we got underway on the first day, and after a coffee or two and warming our hands we launched the Hawk into the crisp but sunny skies of Reno-Stead, which rests at 5,000’ above sea level.

We had an allocated “flight box” for our use from surface to 700’ AGL north and east of our location and proceeded to survey it, snow and all. Photographing snowy ground, especially from altitude, was going to present an interesting proposition and not something we had undertaken before, so we were curious to see just how well it would turn out, both the imagery and the point cloud.

As it turned out, the results were very good. Here’s a snapshot of the orthomosaic generated. Note the tent and vehicles in the bottom right corner.

In all, we flew the Hawk four times in three days, with lots of news media and VIPs in attendance for the final flight. This one, like the preceding flights went completely without a hitch, and the interviews and questions afterwards lasted longer than the duration of the sortie!

Links to the corresponding media articles and news footage is here on our facebook page.

While at Reno-Stead we were also very fortunate to see some very cool aircraft, including a MiG-21 that did circuits right next to us, and we got to visit Aviation Classics, an amazing repair and custom refit shop.

The first UAV operator’s course of the year was run from the end of January through to mid-February. On the course were two staff from Beasley and Burgess Surveyors Ltd of Northland, and two from Juffermans Surveyors Ltd, of New Plymouth. Both companies have purchased AreoHawk systems and their operators have now completed training ready to undertake survey work with their new gear.

Hawkeye UAV Ltd’s commitment to ongoing support and working relationships will see us maintaining a mentoring and flight supervision role, plus providing advice and assistance with planning.

Kevin O’Connor and Associates Ltd of Palmerston North are the third North Island survey firm to purchase an AreoHawk system and their training is about to begin in the coming weeks.

Engagement with survey companies is a great step forward for us. Each one is in a distinct area or province and allows greater reach of our UAV technology into these areas. Surveyors have existing client bases that will be well-served by the AreoHawk system and will also now be able to control their own aerial photography and 3D terrain requirements of all sizes, without the need for outsourcing. Additionally, all their data will be processed at home in New Zealand rather than offshore.

These photos are from our Turkish partners during a Cadastral Survey along the long and narrow Datça Peninsula. Datça has nine villages scattered along the peninsula. These are; Cumalı, Emecik, Hızırşah, Karaköy, Kızlan, Mesudiye, Sındı, Yakaköy, Yazıköy. The local villagers were intrigued with the UAV and spent all day with the crew from Birlik Harita.

The following photograph is of Gareth in the Kawekas while on a Department of Conservation task monitoring pinus contorta. For this we conducted both RGB and NIR (Near Infra-Red) orthophotography at 4cm resolution. The area where the photo was taken is the only clear area of significance within the regulated flight range. This did cause some added thought to how to launch and recover the UAV, however that is part and parcel of the job. The start of the year has been mostly orthophotos, some with NIR and some without. We certainly welcome any task and hope to make the most of the great summer here in New Zealand at the moment.

Wondering when this new-fangled technology will be gracing out skies more…? One really has to wonder why an ISR-short Government isn’t latching on to this… 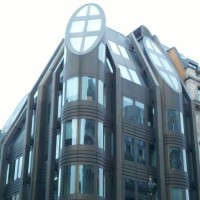 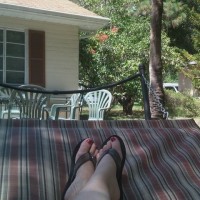 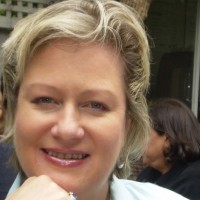 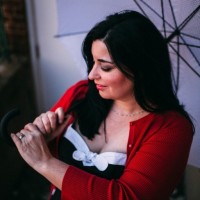