This week is all about taking a moment to check out what’s going on above you. For this week’s challenge, take a moment to look up. Whether it’s the fan above your head at work, your bedroom ceiling, or the night sky, what do you see? Is it familiar? Or does it show you a new perspective on your surroundings? 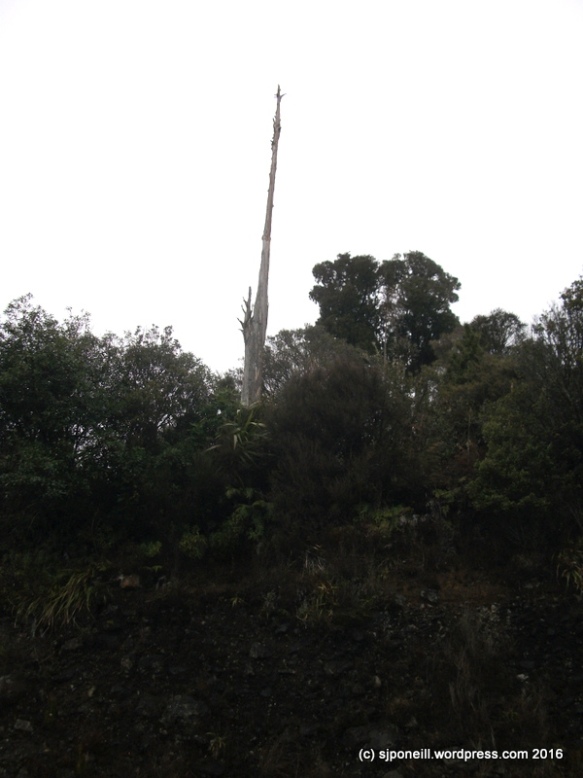 This dead tree towers over State Highway 4 as it snakes under the Makatote Viaduct between Horopito and National Park Village. I’ve driven this road hundreds of times and only noticed it when i was driving back from my physio appointment yesterday. I’m not sure if it’s the result of a lightning strike but it surely is a candidate for one now…

The viaduct has been undergoing some serious maintenance the last year or so and the plastic shrouds are to prevent sprays and dust contaminating the environment around the viaduct.

Someone’s clearly had a party!! And dumped the rubbish at the lookout by the viaduct. Most of this is recyclable: bottles, cans, and pizza and beer cartons. That just goes to show how lazy some people are: there is no charge for dumping recycles at the transfer station. Some of the good lads from Downers were there tidying this mess up. A highlight of their day – not! 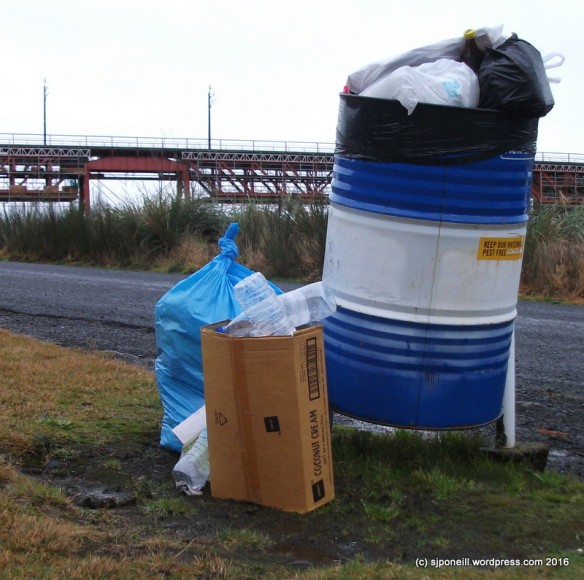 One of the problems we have up here is campers who can’t get their heads around the fact that when the bin’s full, the bin’s full and that doesn’t mean they can just stack the rest of their rubbish beside it. A rubbish bin does not denote a dumping site and this is why all the rubbish bins have been removed from places in the Park like Whakapapa Village: put one out and half an hour later it’ll be buried under a pyramid of rubbish bags.

These apples were dumped at the side of the lookout car park. Sure, they will eventually break down but that still doesn’t making this blatant dumping OK…

As you drive around the Park, and you see dumping like this, take some pics and report it…even better, if you see someone doing this, take their pic and report them…