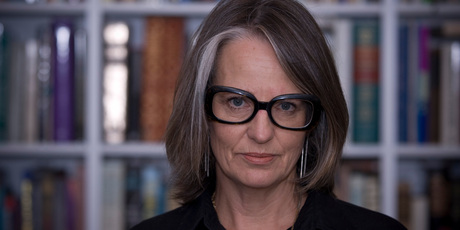 Oh, woe is me…the combination of Kiwi, stick and snake apparently works for leftos as well

There is a story in the Herald on Sunday on the Sumner Burstyn issue. Unfortunately it’s not a very good one and really only serves as a platform for Ms Burstyn to plead ‘oh, woe is me…why are people angry with me?” We wondered last night if the media lack of response to the issues were a case of them looking after their own and based on THIS article that would seem to be the case…

The author, Joanne Carroll, does not appear to have made any attempt to interview or seek comment from the creators of the page and seems happy enough to simply regurgitate what she has been told by Summy Bear, coupled with some lightweight comment from the defence Force which does not seem to have any opinion on whether it is OK or not for people to slag off fallen soldiers before their final journey is complete. And that is the real issue here, folks, NOT the hows or whyfores of New Zealand’s involvement in Afghanistan…

There is an email link at the end of the article and I would suggest that anyone with concerns about the standard of NZ media reporting on this and other issues, use it. Pick your 1200 characters carefully and, as always, keep it seemly and remember that soldiers are discplined but mobs and rabbles are not…

Thank you for making the effort to cover the erupting Summer Burstyn issue however I don’t believe that you have provided a balanced perspective at all and have simply latched onto the issue for some cheap ratings. You have made no effort to portray fairly the feelings of those who have expressed their outrage at her comments on Facebook and elsewhere online but have just focussed on the minority whose comments are aggressive. Is not the fact (if the Herald still deals in such?) that over 20,000 people have joined the FB page in less than two days an indicator of where public feeling lies on this issue? The NZ media was very quick to climb aboard when similar outrage was expressed occurred over the Kahui twins.

There was a belief expressed yesterday that the NZ media’s lack of response to this issue was a case of the media covering up for its own. Your article has done nothing the assuage that belief and merely provides a forum for more of Burstyn’s self-righteous self-pity.

I hope that the Herald and the rest of the NZ media community will get it together and offer a balanced view of what the issues are.

Here’s a view from the FB page that I think presents the balance absent from the article:

Barbara, the thing is, your comments were not antiwar comments (I greatly respect anyone’s right to make those). Instead they were a personal attack on a young dead female soldier just after her body was returned to New Zealand for burial.
While I am sorry that the responses from 20,000 of her closest friends and collegues became personal and in some instances threatening, surely you can see that they mirrored the language and feeling of YOUR original post.

While I respect your opinion, your target, tone and timing were highly inappropriate in any civilised society. Despite your apology we continue to see similar messages from you, including personal attacks on dead service personnel in your earlier posts. As a NZ Herald columnist I would have expected a more considered approach to posting such views. I guess that’s now a matter for your employer and tomorrow’s talk back radio callers to consider.

2 thoughts on “The media look after their own”