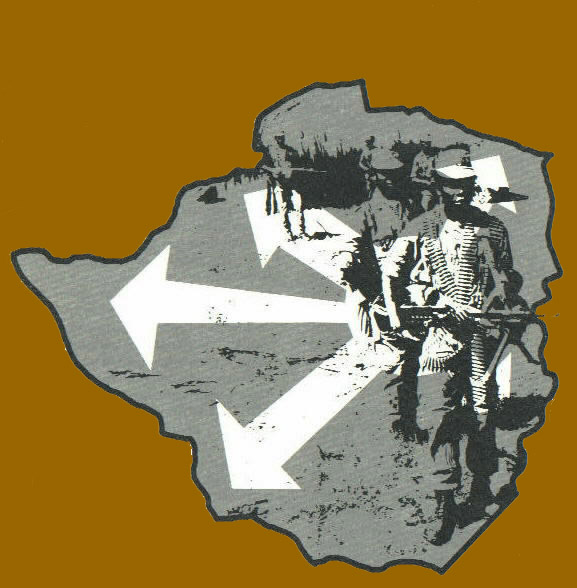 In December 2006, the US Army and USMC co-published FM 3-24 Counterinsurgency, a publication specifically intended to align US forces with the needs of operations amongst ‘the people’ in Iraq. Some of the ideas were new, others harked back to well-established truisms from the eras of Vietnam and Malaya – the aim was a decisive shift in how US forces conducted themselves in the new operating environment where force and ‘the big stick’ weren’t the ultimate arguments.

The COIN Center at Fort Leavenworth is now taking the lead in a two year project to review the content of the original FM 3-24 and update it as a tool for less-specific i.e. not Iraq, operating environments. As part of the project, the Center is seeking comment from a broad spectrum of stakeholders and interested parties and thus is conducting a large portion of its work in the public forum. From this part of the world, that means some odd hours to participate in the regular webcasts that discuss aspects of the project but it is well worth the lost sleep.

The Center has produced three Issue Papers on key aspects of the publication – these are available on its public website – and over the next while, I’ll share my thoughts on those issues…IP1 is Definitions…

In examining the definitions under paragraph 3 of IP1, the answer is probably ‘yes’ and of all the definitions, the French one is probably the most accurate, closely followed by the Spanish and USG definitions if they dropped the word ‘political’. The key elements of the environment that FM 3-24 seeks to describe are the use of armed conflict/guerrilla warfare/terrorism and the objective of control. Whether that control is political or other is largely moot as the net result is control over a geographic area and/or a group of people.

Recommendation 1 could read “That the US Government should adopt a single definition of Irregular Warfare, of which insurgency is a subset”; this renders a specific definition of counterinsurgency moot. Considering that the ultimate objective of a campaign to counter irregular warfare is stability, it may be that the countering definition comes closer to stability operations that it does any other type of operation. This, of course, would lead to a review of more fundamental doctrinal principles, in particular whether stability operations are actually distinct from offensive and defensive operations per se, or whether that distinction is more from major combat operations or conventional operations e.g. the Fulda Gap.

With reference to paragraph 4, this argument is moot and largely doctrinal semantic hair-splitting unless there is some previously unrecognised body of knowledge proving that all the types of IW conflict listed under that paragraph are uniquely and distinctly different from insurgency and that the responses to those forms of conflict are equally uniquely and distinctly different from those employed to counter insurgency. I would offer that they are probably not and even postulate that it would not be uncommon for two or more of the forms of IW to exist in the same theatre. The finding that “…the approved definition should distinguish  insurgency from the types of conflict listed [below paragraph 4]…” i.e. recommendation 2 is incorrect.

Caution should be applied, however, in dismissing ‘root causes’ from any approach to counterinsurgency. Cause should be considered in its classic causal sense and not in the narrower context of a political or other cause. To not consider root or underlying causes in an insurgency environment promotes the apparently practical and reasonable mindset that there is such thing as a successful military approach to countering an insurgency i.e. good versus bad, us versus them, friendly versus enemy, defeat the enemy. Even if the action arm (translating Clausewitz’s three elements of a problem into an IW environment where the government, the armed forces and the people become the leadership, the action arm and the people) of the insurgent elements is defeated, it is almost bound to rise again if the underlying causes, be they political, criminal, economic, egotistical, etc are not addressed. An underlying issue is clear in the five examples of ‘non-compliant’ insurgencies listed under recommendation 4.

A cynical exception to this would be where it is necessary to temporarily defeat or suppress an insurgency as an enabling action for a higher objective i.e. national objectives, and where upon attainment of that objective the course of the insurgency is no longer a national concern.

However, recommendation 5 as a whole implies that it is possible to successfully prosecute a counterinsurgency campaign without employing a comprehensive/JIM (joint, inter-agency, multi-national) approach. Unless the objective of the campaign is short-term suppression or stability to enable a higher objective, one would be hard-pressed to find too many examples from history of successful counter-insurgency or broader irregular warfare campaigns that have relied on a solely military approach; in fact, it is likely that historical review would find that most conflicts of any nature or scale have required a broader engagement for ultimate success. Identifying a comprehensive or JIM approach as the optimum method to a counterinsurgency campaign does not commit one to automatically have to seek or comply with the full scope of the JIM model; it definitely would not “…result in the US not being able to declare that it is countering an insurgency unless all organization types are involved…” This is the checklist/template approach to counterinsurgency and irregular warfare, in fact to all forms of warfare, that is an inadequate substitute for critical thinking and consideration of each conflict challenge in its own right.

I only have two comments on the actual proposed definition of insurgency. The first is that the word ‘minority’ should be removed as its use implies that only minority groups can conduct insurgencies. The insurgencies in South Africa and Rhodesia, and the current situation in Fiji (although only instability, not insurgency) are examples of majority groups that have initiated insurgencies or that have the potential to do so. The second is that ‘de facto’ should be removed as a descriptor for the at risk system of government due to its ambiguous meaning as either ‘genuine’ i.e. legitimate or ‘actual’ which could possibly be taken to refer to an effective shadow system of government competing with the actual system of government. Consideration could be given to replacing ‘de facto’ with ‘legitimate’ to recognise that the initial point for any campaign of this nature is probably in support of the existing government (where such exists) however this brings with it other issues. It is not considered that, for the definition, system of government requires any qualifier and that any issues of governing relating to a specific operating environment should be identified and considered in the early stages of campaign planning.

I have no major issues with the definition of counterinsurgency however it is rather wordy and the list of adjectives preceding ‘actions’ appears contrary to the concerns expressed in recommendation 5 regarding the perceived risks of prescribing solutions if the word ‘comprehensive’ was to be employed. It could more simply expressed as ‘Those actions taken by military and government agencies to defeat insurgencies’. The qualifier of ‘civilian’ for government agencies is a given with the existing qualification of ‘military and’, and, in any case, it creates a grey area for the employment of paramilitary forces which might be considered neither truly military nor truly civilian. The rationale behind including ‘over a protracted period of time’ is understood however it creates at the highest level of doctrine a perception that all campaigns will occur over a protracted period which while the most common occurrence, may not always be the case, especially if as above, the campaign seeks short-term suppression of an insurgency to enable a higher objective to be achieved. The use of ‘of time’ after period is also redundant: period by definition is ‘of time’.

I think that it is vital that we get the doctrinal and semantic foundations of this publication right – to not do so leaves layers of potential ‘get out of jail free cards‘ where a situation may not meet the specific nature of ‘insurgency‘ as defined in this publication and those that refer to it. Inherent in this is to break COIN away from the self-licking ice cream and commercial cash cows that it has become over the last decade and to set it in its right place under the general mantle of irregular warfare….

4 thoughts on “Definitions in COIN”