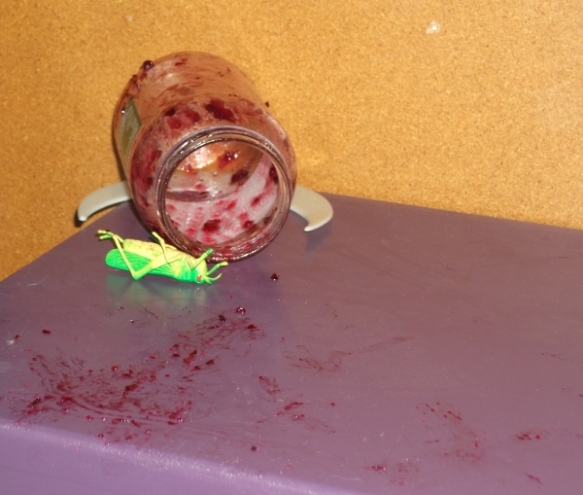 Despite the evidence, no one really believed that Mr Cricket was guilty...

Indulge is this week’s WordPress Weekly Photo Challenge, although this image may be more about over-indulge…