1. What is your next home improvement goal?

This wall goes and the bath goes in the new area; 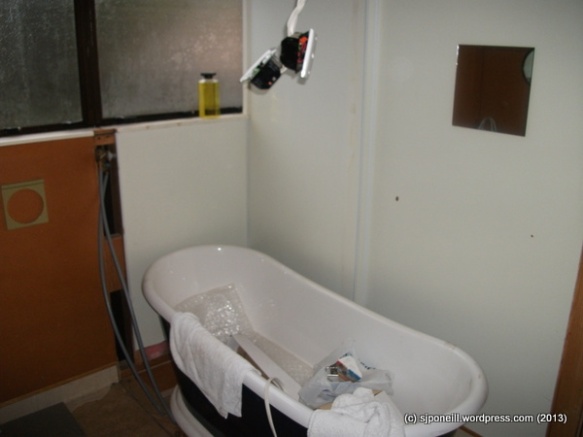 …seal up the sleep-out cottage by fitting clear roofing over the deck(ette) and mounting windows (currently in storage in the Chalet’s garage where the plywood panels are at the moment; flip the door so that it opens the other way towards the direction people approach from the Lodge; the cool bendy tree in the foreground will go as it has passed away and the deck will be extended  another metre or two…. 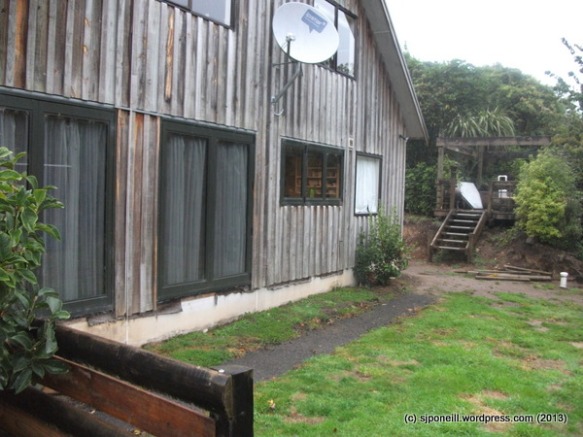 …at the moment the dining room bifolds open out to nowhere: the plan is to put a floor level deck out here extending out as far as the gate post in the foreground and, in Deck Phase 1, to just past the kitchen window (to about where the bush under the pantry window is now; Phase 2 will see the deck extended to meet the spa deck steps and around the corner to the back door…if the ugly internet satellite dish can not pick up any decent TV channels it will go to as we know have fixed line broadband

2. If you could only read one book for the rest of your life, what would it be? No religious texts (ie Bible, Quran, Torah, etc, etc)…

The novel focuses on a young Spock, a conflicted ensign, serving on the Starship Enterprise under Captain Christopher Pike. Spock is having a difficult time dealing with his Vulcan heritage and how it conflicts with his duties as an officer and what he wants personally.

Spock soon becomes involved in a mission to retrieve the ‘Vulcan’s Glory’, a priceless gem long thought lost in a spaceship crash. It is soon discovered there is far more to this mission then readily apparent.

The novel focuses on the crew of the Enterprise from the period featured in the pilot episode The Cage. A younger Montgomery Scott also appears.

That was challenging, character-building even, but I survived with no (visible) scars…looking around the library now at all the books that I have read so many times, I am conflicted…I’m leaning towards a classic like George Lucas’ original Star Wars, or possibly Dean Koontz’ Watchers or Lightning…?

3. What is on top of your refrigerator? 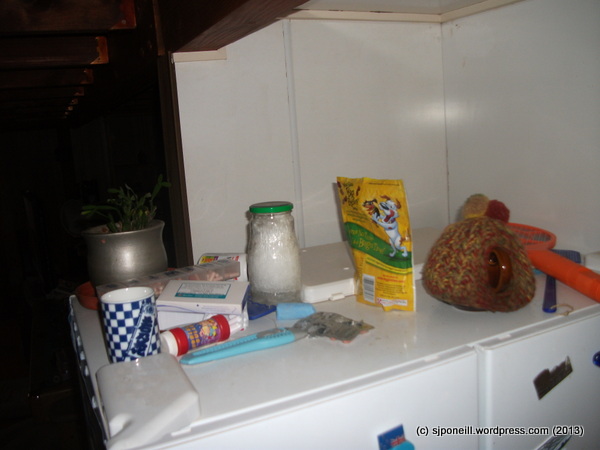 Dog treats, soap crystals in case one of the dogs picks up any of the poison that the Department of Conservation persist in dropping everywhere , tea pot because it is handy and unlikely to get knocked off, bug zapper, token pot plant, random stuff up high and out of sight out of mind when the girls are here….

4. What are your favorite or most used phone apps?

5. What’s the one thing you hate most about your spouses job?

That they don’t recognise her for what she does, more so considering that THEY headhunted HER for the job…be nice if some of that recognition involved extra income but ‘thank you‘ also goes a long way…