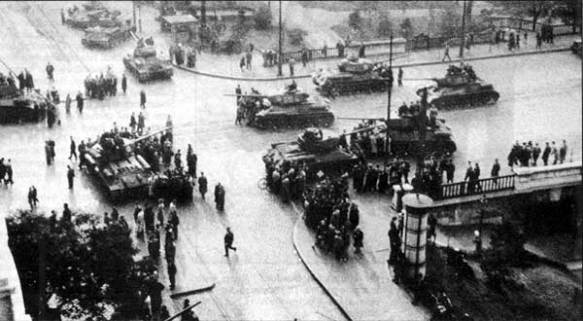 It is one of a number of possible approaches to insurgency and as such should be included. For this version of FM 3-24 to be more enduring than the original which was written against a specific contingency, it should not discount any approaches merely because they may be perceived as less relevant in the current contemporary environment. The text on this in the current December 2006 iteration of FM 3-24 i.e. paragraphs 1-25 to 1-39 covers this well. The introductory paragraph 1-25 could discuss that most insurgent campaigns include a blend of the methods discussed as opposed to being one or the other as the text may imply.

6.b. Is there a model more representative of recent and current insurgencies?

The protracted ‘war of the flea’ approach to insurgency is more enduring and proven with greater opportunity for success than the current preference in some quarters for the ‘spring’ approach which may topple the existing government in short order but which does little to promote host nation or regional stability in the longer term. If anything, removal of an unpopular but consistent strong man (a la Saddam, Mubarak and Gadhafi) is, if anything, a blow against regional stability. The revised 3-24 should take care not to further the myth of massive grass roots popular uprisings as means of either insurgency or counterinsurgency.

7.a.  The ratio of counterinsurgents to the population is one of the more oft-cited portions of the current FM. A study by the Institute for Defense Analysis concludes that twenty counterinsurgents for every 1000 residents in the area of operations leads to a 54% probability of success. If, however, the density increases to 40 for every 1000, the probability increases to 83%. Another study by the Harvard Kennedy School,  however, concluded that increases from 5 to 80 troops per 1,000 inhabitants caused the probability of success to increase by less that fifteen percentage points. Most studies caveat 2 results by stating that no level of force density will guarantee success. Based upon these studies and any others of which you might be aware, how should force ratios in the FM be adjusted?

7.b. Should force ratios even be addressed in the FM?

8.a.  The current FM quotes Galula who posited “that revolutionary war was 80 per cent political action and only 20 per cent military.” The sentence that follows caveats that remark. Does the 80/20 ratio have any historical validity, other than being cited as noted?

8.b.  If not, should there be any reference to a political/military percentage in counterinsurgency warfare?

9.  Are there any other issues that we have not addressed related to the history, theory, principles, and fundamentals of insurgency/counterinsurgency?

The core FM 3-24 as released in December 2006 is sound and thus my comments offer more tuning than any change in approach. Many critics of the publication overlook its heritage as a doctrinal solution for Iraq and it is this focus, necessary at the time, that most comments here address.

10.a. What are your thoughts on the concept of “center of gravity” when countering an insurgency?

The concept must be fully understood (i.e. thrashed out as a principle in training and education) before any individual crosses the start line. Much effort and resource is wasted searching for the mythical CoG that will topple and adversary over night because the concept, like directive control and the manoeuvrist approach, is not well understood, taught or applied. Often there seems to be a perception that identifying and engaging the CoG is a means of avoiding combat (seen in some schools as only attritive).

In a COIN/IW environment, it may be that the largest proportions of the adversary and the population may be engaged if the CoG(s) (possibly aka the underlying issues or root causes behind the conflict) are engaged. Of the remainder, it may be that the ‘irreconcilables’ have no engageable CoG and must be engaged directly, or in some cases, especially once order is restored, ignored or dealt with under civil law.

10.b. What framework do you find most applicable when determining the insurgency’s center of gravity?

The key to COIN/IW is understanding the environment and the underlying issues or root causes behind the conflict – this is a key distinguishing difference between COIN/IW and conventional operations where the object is largely (and simply) to defeat the adversary militarily and park a tank outside the presidential palace, capitol, seat of government, etc. The two key questions that have to be asked to determine a CoG in COIN/IW are:

What is the insurgent’s/adversary’s problem? There is rarely one single adversary that can be easily and simply defined and even within organisations they will probably be factions and differing schools of thought and philosophies (possibly exploitable/engageable opportunities in their own right).  Identifying the catalysts driving an adversary does not necessary lead directly to having to address those issues as the COINdinista promote but it is impossible to create enduring change without understanding all aspects of the environment.

What is our mission here? This also may be somewhat more complex with potential for ‘tension’ between national objectives, objectives of other coalition partners,  and the stated coalition objectives which may be somewhat broader and also more aspirational. After a decade in Afghanistan, it is clear that some nations have yet to mature from the ‘(as many) flags around the table’ approach for PSO to the pragmatic and somewhat brutal realities of a war-fighting coalition that does apply force and that does go in harm’s way. NB: if your nation’s objective is to be seen to contribute for a minimum period before withdrawing with the ‘contribute to global/regional security’ box ticked, don’t bother with the first question.