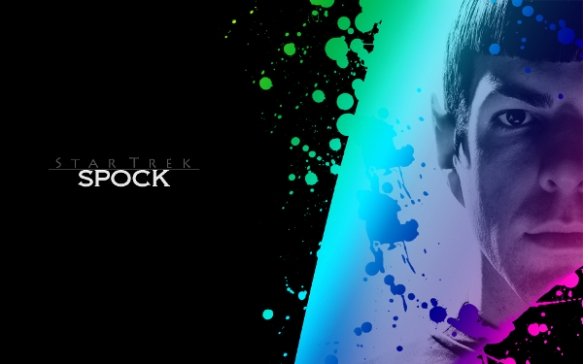 “…the game of chess, even three-dimensional chess, is simplicity itself compared to a political game using pieces that can change their minds independently of other pieces…” ~ Mr Spock, Garth of Izar, Pocket Books, 2003.

It being the twins’ birthday the weekend just gone, I was offline most of the weekend and it was only last night that I  saw a Stuff report of the contact involving Kiwi personnel in Afghanistan on Saturday “…a group using small arms fire and rocket-propelled grenades attacked a combined New Zealand and US patrol from the New Zealand provincial reconstruction team in the northeast of Bamiyan province…the patrol returned fire, driving the insurgents off after a 15-20 minute engagement…”

There’s not much information in the Stuff article but with the recent changeover of Operation CRIB (the NZ PRT) contingents this might be simple cases of the local likely lads testing the mettle of the newest kids on the block – although ‘newest’ may be a bit of the stretch as some of these troops will be on their third or maybe even fourth deployment in this theatre…chatting with a colleague yesterday, the conversation turned to ‘what is an insurgent?‘ and ‘who says so?‘.

Obviously a lot of information on this contact has not been released but one wonders what confirmation there has been that the instigators of this attack were actually insurgents i.e. activists seeking to render political change through acts of violence. Or were they were something else? Perhaps…

a couple of lads out to impress some local lasses with their courage and prowess…?

some bored locals seeking to spice up a small ISAF patrol because they could…?

an attempt at ‘accidental insurgency’ to meet local quotas for attacks on the ‘infidel invaders’…?

As it appears in the Collateral Murder story released by Wikileaks last week, if you go out in the badlands looking for insurgents, then ‘insurgents’ are what you find, often with significant second order effects at both strategic and tactical levels. In all fairness, those who engaged the combined NZ/US patrol on Saturday may very well have been insurgents of some sort, possibly even more focused than accidental…but as attacks go in this theatre, it was in “…good country for ambushes…, “‘…driven off...” in “…15-10 minutes…” and was all over before air support arrived on the scene.

In places like Afghanistan, carrying an AK or an RPG does not necessarily an insurgent make, not does arcing up in the general direction of an ISAF patrol. So if the shooters have been confirmed as insurgents, which would be a an outstanding intel flash to bang noting the time between the attack and the NZDF media release, well and good…if not yet proven, then perhaps some less martial language would be more appropriate.

As David Kilcullen proposes in The Accidental Guerrilla and is further discussed in The New War #4 – Normalcy, the birth of an insurgent is a direct reaction to actions of host nation or foreign interventions…we need to understand not just the process of ‘accidentalisation’ but the local nuances and catalysts that often make incidents of  ‘accidentalism’ so distinct and different between different areas and groups.

I was interested to read in Wired that the UK is deploying its Defence Cultural Specialist Unit (DCSU) to Helmand Province. This may be an example of learning from the experiences of others, specifically the US Army’s Human Terrain Systems teams that have been operating for some years now. I was intrigued by the last paragraph in the Wired article “…the US Human Terrain System has seen its fair share of controversy. It will be worth watching this initiative as well to see if it provokes backlash among British social scientists…”

I did some research into the HTS teams after mention of them appeared in one of the Interbella briefs. From what I saw then, I rated the HTS as a damn fine idea that’s time had definitely come; more so when it appeared to be a logical  consequence of Michael Scheiern’s platform- to individual-based transition model.

So, I was quite surprised to find the degree of active resistance within the anthropological community, or certainly a very vocal element within it, to the employment of HTS teams in operational theatres like Iraq and Afghanistan. I’ve yet to find a copy of Roberto Gonzalez’ Human Science and Human Terrain [note: I reviewed it later]. Gonzalez is reportedly critical of the US Army’s adoption of anthropological techniques to aid in the understanding and interpreting of contemporary operating environments. In all the reviews and articles I have read in the last day or so that support Gonzalez, I can find few threads of logic; instead I get a very real feeling of rampant prima-donnaism amongst what is really quite a small and relatively insignificant strand in the broader carpet of science. Indicative of this content are Fighting militarization of anthropology, The Leaky Ship of Human Terrain Systems, and The Dangerous Militarisation of Anthropology.

Another finding of the New Zealand COIN doctrine review was that intelligence in the complex environment will need to transformed to closer resemble police-style criminal intelligence (CRIMINT) focussed on a. individuals and b. providing fast and accurate response to an initiated action. This would require a clear shift, transformation even, from traditional military intelligence that is…

…focussed on conventional platforms and groupings, and

Science and warfare have always gone together in an alliance that is both logical and inevitable. Eight years into the war on terror, there seems no reason why the CRIMINT finding does not stand true. We should also accept that sciences like anthropology offer us useful tools to assist with the uncertainty and complexity of the contemporary environment.

The moral objections of Manhattan Project scientists are somewhat strained when these same scientists were remarkably silent on such topics as the firebombing of German and Japanese cities, actions which causing far more civilian deaths than the atomic bombs ever did. The ‘do no harm‘ stance of Gonzalez and his fellow bleating liberal anthropologist cronies is sickening in both its naiveté and its preciousness. If this group really cared about those most likely to be harmed through misuse of social sciences, then surely they embrace the HTS concept as a practical and employable means of promoting greater precision of both information and effects in current theatres of operation?

Tied into the need to transform towards individually-focussed CRIMINT, was a need to better integrate operational analysis (OA) techniques into contemporary intelligence systems. These techniques would enhance and evolve pattern analysis processes to better grapple with the greater amounts of information in far greater detail than conventional intelligence systems were ever designed to manage. Unfortunately this finding seemed to die a death when the term ANALINT developed a perverse life all its own, alienating a proportion of the OA community.

In the last two decades, we have spent too long declaring war (lower case) on every real or imagined threat to western society that we have become somewhat blase and have forgotten what actual War really is. While the generation that sacrificed 5000 of its members in Afghanistan and Iraq may lead the way in remembering what War really is, it’s influence has yet to be felt…War is not nice, War is not safe…War is not a game…War is not something where we can artificially pick and choose based on what is convenient or suits at the time…

To artificially deny the utility of science like anthropology in winning the Wars we are in, to discard tools that save lives on BOTH sides, to dignify self-centred egotists like Gonzales is an insult to every one of those 5000…