Previously in The World According To Me: “Over time some insurgents will tire of the constant harassment in the face of growing public confidence in government forces and disdain for the insurgents… encouraging THEM one by one to consider coming to the talking table…” 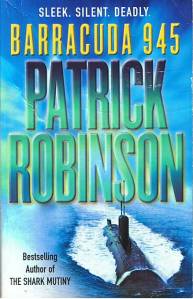 I picked this up on my way through Singapore last month, thinking that with Admiral Sandy Woodward of Falklands War fame as an advisor, it would be pretty good. Not only is it not, but I could also see why other commanders in the fleet were worried that Woodward, with limited aviation or amphibious experience, be the wrong guy for the job:  once the plot puts to sea the whole premise is based on the ‘fact’ that the US Navy is the only service in the US DoD which helps the story along by skipping gayly around inconveniences like AWACs…I also think that the three unnamed Special Forces officers who allegedly advised on the story need to hand back any beers they received for ‘advice’ as the SF side is pretty weak as well. So the connection with COIN is…?

Without spoiling what story there is, a key assumption in the book is that the way to win an insurgency is to out-exasperate the opposition, i.e. harass them to the point of just giving up and going home…at the time of reading the book, these seemed like a great recipe for success for insurgents and difficult to beat from a COIN perspective – until I I reread the piece on the Information Militia this afternoon…could initiatives like Crimestoppers in a COIN/Stability campaign actually be the start of the Death of 1000 Cuts for an insurgency? Turning The War of the Flea on its head and subjecting the insurgents to an endless series of pinpricks and mossie bites until they have just had enough and start to consider their options…?

One thing I did like about Barracuda 945 is that the ending is not the righteous vengeance that one might have been expecting. Instead it presents a very left-field scenario which strikes at a core issue and not just a symptom – does that sound like something that might be drawn from FM 3-24 – even if the story does use major elements of national power to achieve the effect…?

I’ve commented a lot, as have many other commentators, on the apparent lack of strategic objectives for the war in Afghanistan. This summary came off one of the distribution lists I’m subscribed to; it states pretty clearly that al-Qaeda is still the primary raison d’etre for the war from a US point of view but one wonders how logical that really is…some things to think about:

These things being the case, then perhaps we need to reread FM 3-24 and ensure that such fundamentals remain in the 2010 version, and start to focus the campaign on ending the insurgency…if the aim is an AQ-free Afghanistan, then maybe we need to be casting off the dream of democracy for all and realistically start to look at ways of bring the Taliban to the table…carrot and stick…turn the war of the flea back on them…out-exasperate them until talking becomes the way better option to fighting. It is unlikely that we will be able to bring the Taliban (or any other significant Afghan group) to the table by force – didn’t work for Alexander, didn’t work for Victoria, didn’t work for Mikhail, and it wouldn’t have worked for Napoleon either if he had strayed in this direction….

Could we live with a stable Taliban in Afghanistan if that meant an al-Qaeda-free Afghanistan?

1 thought on “The COIN drops…”